I am very happy to be able to announce the publication of the article Taking Kinetic Evaluations of Degradation Data to the Next Level with Nonlinear Mixed-Effects Models. It originated from an investigation of model selection criteria commissioned by the German Federal Environment Agency. During the course of that work we came to the conclusion that it would be beneficial to select the most appropriate degradation model based on all available data at the same time instead of selecting a different model for each degradation experiment. In the publication we show how this can be achieved using nonlinear mixed-effects models.

Often, degradation parameters are ill-defined in specific individual datasets because degradation is slow compared to the experimental duration. In the current regulatory guidance for degradation kinetics, it is proposed to use surrogate values for such cases. When using nonlinear mixed-effects models, such surrogate values (often a default half-life of 1000 days is used) are not necessary, because the overall parameter distribution is optimised without the necessity to identify all kinetic parameters for each individual dataset.

A large part of the work on this article went into demonstrating that nonlinear mixed-effects models allow for identification of parameters where the conventional approach with separate nonlinear regressions fails. This was achieved by synthetically generating data with known statistical properties for experimental designs typically used in regulatory risk assessments. The results demonstrate that the use of nonlinear mixed-effects models has the potential to overcome the need for such arbitrary default values. The figure below taken from this part of the publication shows an example evaluation of one of the synthetic datasets.

The other part of the publication shows the application of the method to publicly available data on the degradation of two different pesticidal active substances in different soils. In both cases there are slowly degrading transformation products for which the degradation rate constants cannot be robustly identified in at least one of the soils. The evaluations show that it is possible to find parameter distributions that have optimum compatibility with all experimental data given a specific model. Moreover, the fit of different models to the complete data can be compared based on well-established statistical criteria such as the AIC or the BIC. The following figure shows an evaluation of experimental data with nonlinear mixed-effects models. 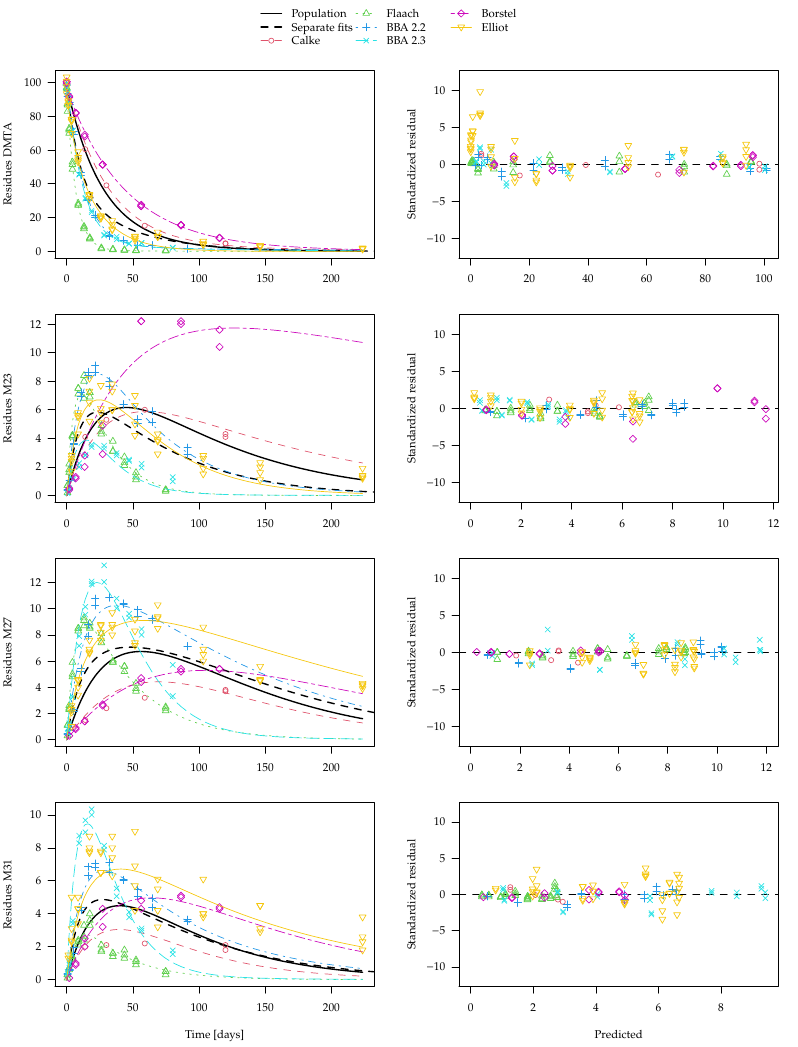 The solid black lines in the left panels are based on the most likely parameter values considering all data. For comparison, the dashed lines show the model predictions based on averaged kinetic parameters. In order to avoid completely unrealistic curves obtained when also considering ill-defined parameters in the averaging (curves shown in the supplementary material to the publication), only rate constants that pass the t-test for significant difference from zero were considered in the construction of the dashed curves. The nonlinear mixed-effects model fit (solid lines) is considered to use the information available in the data more appropriately, and should therefore be preferred.

Facilities to fit nonlinear mixed-effects models using the venerable nlme package for R are already available in the latest mkin release 1.0. However, while the nlme algorithm works well in many situations, the algorithm often does not converge when used in more difficult settings i.e. when many parameters have to be fitted at the same time.

Therefore, an interface to the saemix package has been developed and used for the publication of the article mentioned above. The saemix package contains the first Open Source implementation of the SAEM algorithm and the results obtained show that it gives convergence in more cases and works well for the synthetically generated as well as the experimental data. Note that the mkin interface to saemix requires a modified version of the saemix package, i.e. development versions of both packages currently need to be used for reproducing the results from the publication. Detailed results obtained during the preparation of the article are available in the Supplementary Material, containing a pdf file with Figures and Tables, but also the R code and the mkin and saemix versions used in their preparation. 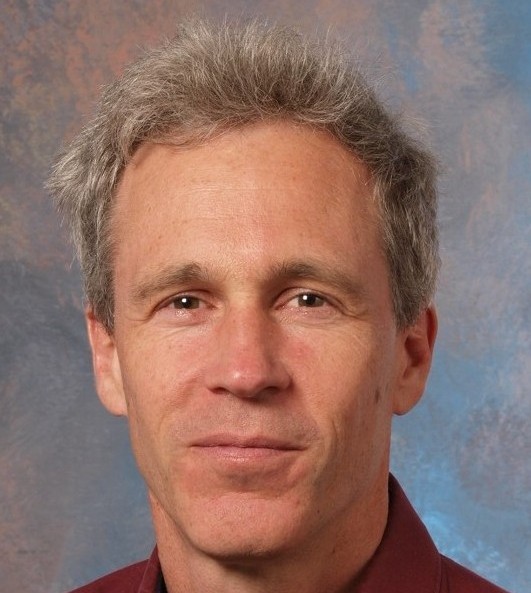